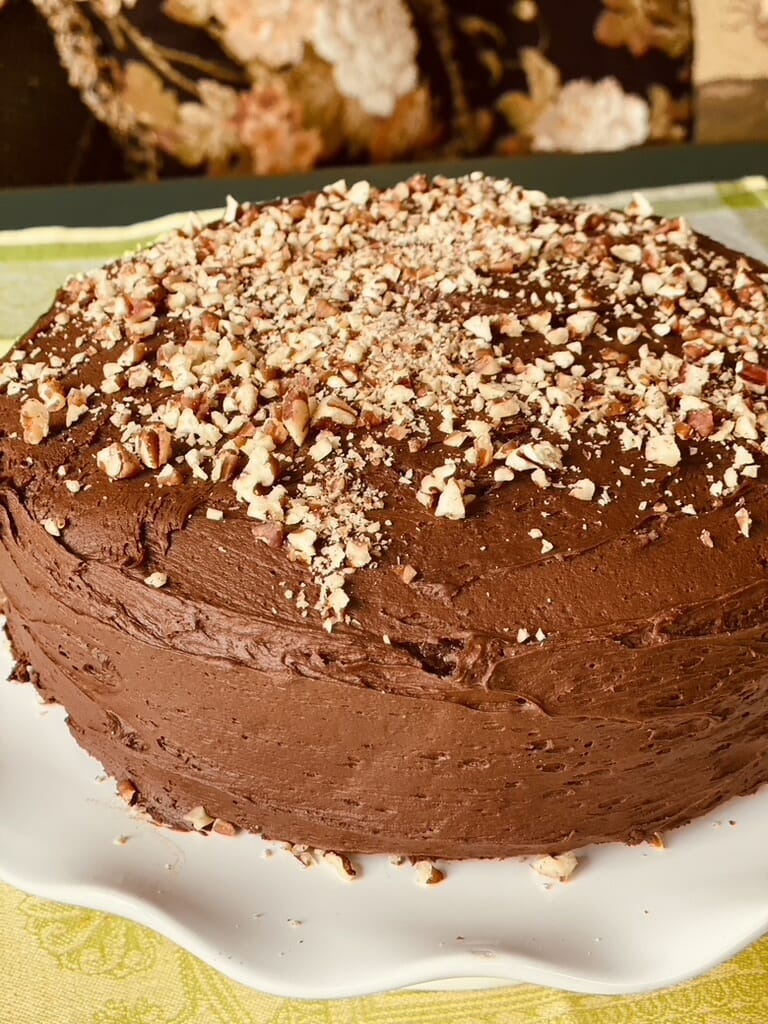 And so began the adventure of baking cakes from the cookbook, A NEW TAKE ON CAKE by Anne Byrn. I’ve made several cakes including the Frosted Devils Food Cake, page 50. Actually, it’s titled Buttermilk Devil’s Food Cake and I knew anything with buttermilk in it was going to be really moist. So off I went to the grocery store to buy a cake mix (haven’t done that in ages and ages) and buttermilk. This cake took a few minutes to whip up and 25 minutes in the oven. It smelled so chocolaty while it was baking, probably because of the added cocoa powder in the batter. After it cooled I frosted it with Chocolate Buttercream Frosting, page 355, which tasted more like fudge than frosting which is probably why this cake got eaten so quickly.

Here is the recipe…and if you get the cookbook, let me know what you’ve baked and how everything turned out. I will also share more recipes from this cookbook in upcoming journal entries as I am hooked on baking with cake mixes. Happy Baking.

I added chopped walnuts on top for a little extra crunch. And served the cake with ice cream. When that ran out, we scooped up frozen Cook Whip to go with the cake. It tastes just like ice cream. Almost. 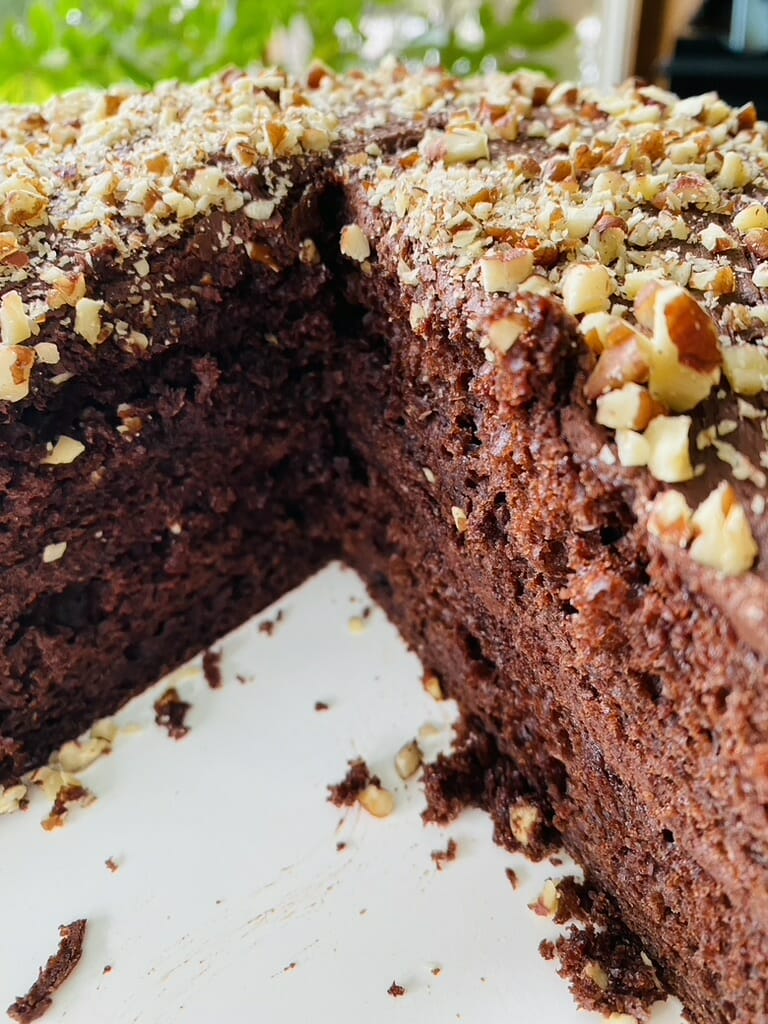